Former heavyweight champion Mike Tyson revealed he smokes $40,000 worth of pot every month, around ten tons of weed, on his podcast this week.

The 52-year-old also sells around $500,000 worth of cannabis each month from his 420-acre ranch in California, he said on his Hotboxin’ podcast on Monday.

The fighter has bold plans for his Tyson Ranch, a playground for stoners which will feature a luxury hotel and golf course.

Tyson says that weed saved him when he was spiraling with severe substance abuse and so he founded his cannabis company in 2016 to make weed accessible.

He sells an array of high-grade strains and marijuana merchandise such as this grinder and tray.

The ranch broke ground in December 2017 but is yet to be fully built and as well as the hotel, there will be glamping tents, the longest lazy river that will take a full hour to cross, and an amphitheater for music concerts and festivals.

There will even be a Tyson University to teach cannabis-cultivation techniques to future farmers.

‘I thought about how much good I could do by helping people with cannabis. It was a no-brainer,’ Tyson said on the business venture to Cannabis Tech Today.

Following Tyson’s boxing career he endured years of substance abuse and he says cannabis helped him come out of his rut.

The proposal for the elaborate resort pictured.

The ranch, located near Desert Hot Springs and Palm Springs, will include a Tyson University to educate future farmers on how to cultivate marijuana

Tyson pictured on the massive ranch that broke ground in 2017. 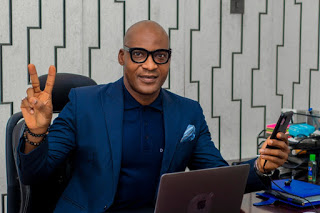