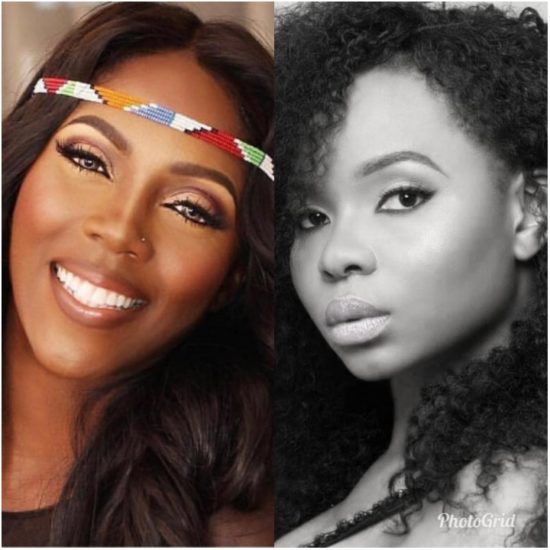 Two of the biggest female African music stars Yemi Alade and Tiwa Salvage, have shocked the internet space with their show of love to each other as they both recently released a new album.

Nigerian Female Musicans Yemi Alade and Tiwa Savage are both touring outside Nigeria and granting Interviews on the release of their new albums…..Yemi released ”Woman of steel’ and is currently in Paris….
Tiwa released album ”49-99” and is currently in New York. Tiwa Savage Shocked the internet space on Thursday September 5,2019 by posting Yemi Alade’s album cover and  even more shocking is that Yemi reposted Tiwa’s post. 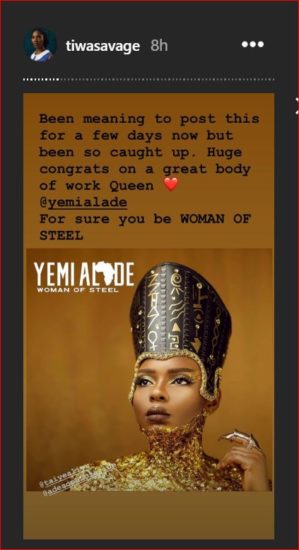 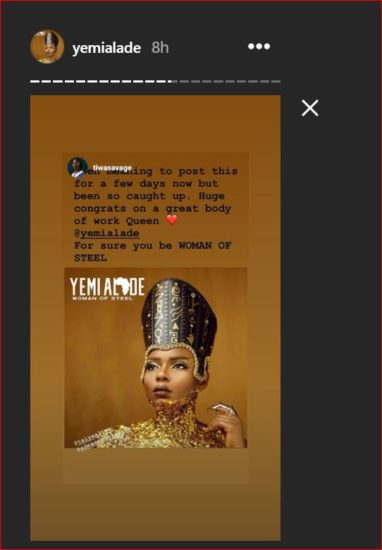